General-purpose Dual-Channel Hi-voltage broadband linear Amplifiers, from DC up to Megahertz range, to be used for test and measurement whenever a signal source is too weak for the application

Pendulum Instruments High Voltage Linear Amplifiers are general purpose broadband linear amplifiers having a fixed or variable amplification and capable of bipolar or unipolar output. The amplifiers outputs are linear from DC up to Megahertz range, and exist in Single-Channel and Dual-Channel versions.

The amplifiers are designed to drive resistive and/or small capacitive loads. The output is equipped with a current limiting circuit that withstands accidental short-circuits.

• Ultra-linear Amplifiers from 100Vp-p up to 1600Vp-p
• Two amplifiers in one box
• High Bandwidth, up to 1 MHz
• High Slew rate, up to 500V/μs
• Low output impedance, down to 0.1 Ohm
• Wide range of models to suit any performance and/or budget demand

We offer a wide range of Dual-Channel High-Voltage Linear Amplifiers to suit any performance demand for Output voltage, Output current, Speed/Bandwidth and/or budget.

The Dual-Channel Amplifiers comes in two basic design versions: the D-models with two independent amplifiers in one box, and the DI-models, which include an additional input signal inverter for the second amplifier.

The DI-models can either be used as a dual output amplifier, like the D-models, OR as a single-output amplifier with doubled nominal amplitude
In models 400DI or 800DI, the first amplifier outputs the amplified in-phase input signal, and the second amplifier outputs the inverted signal (180 degrees phase shift). By combining the outputs of the two individual amplifiers you will effectively double the output p-p Voltage, compared to the output of individual amplifiers.
Select your Amplifier from one of our two series: 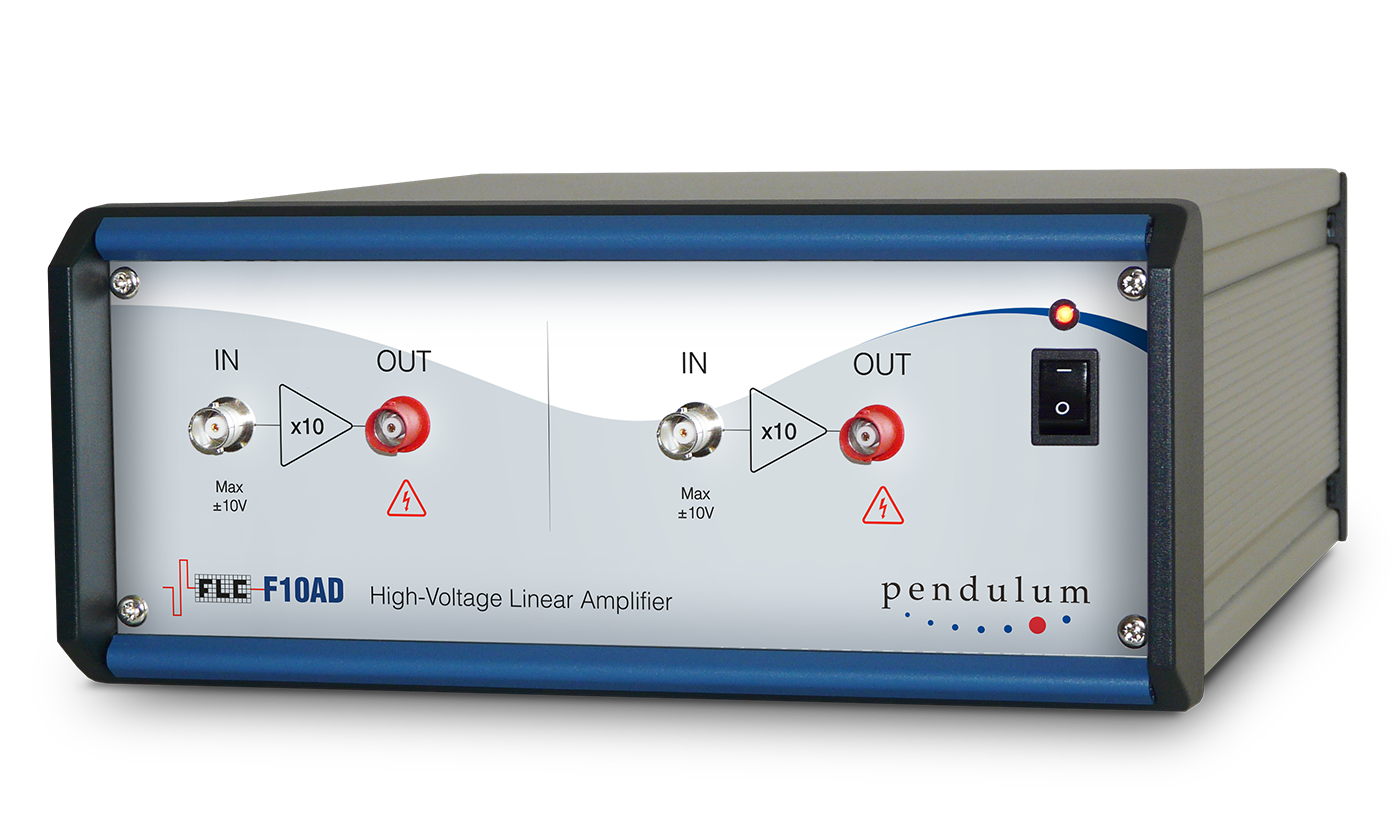 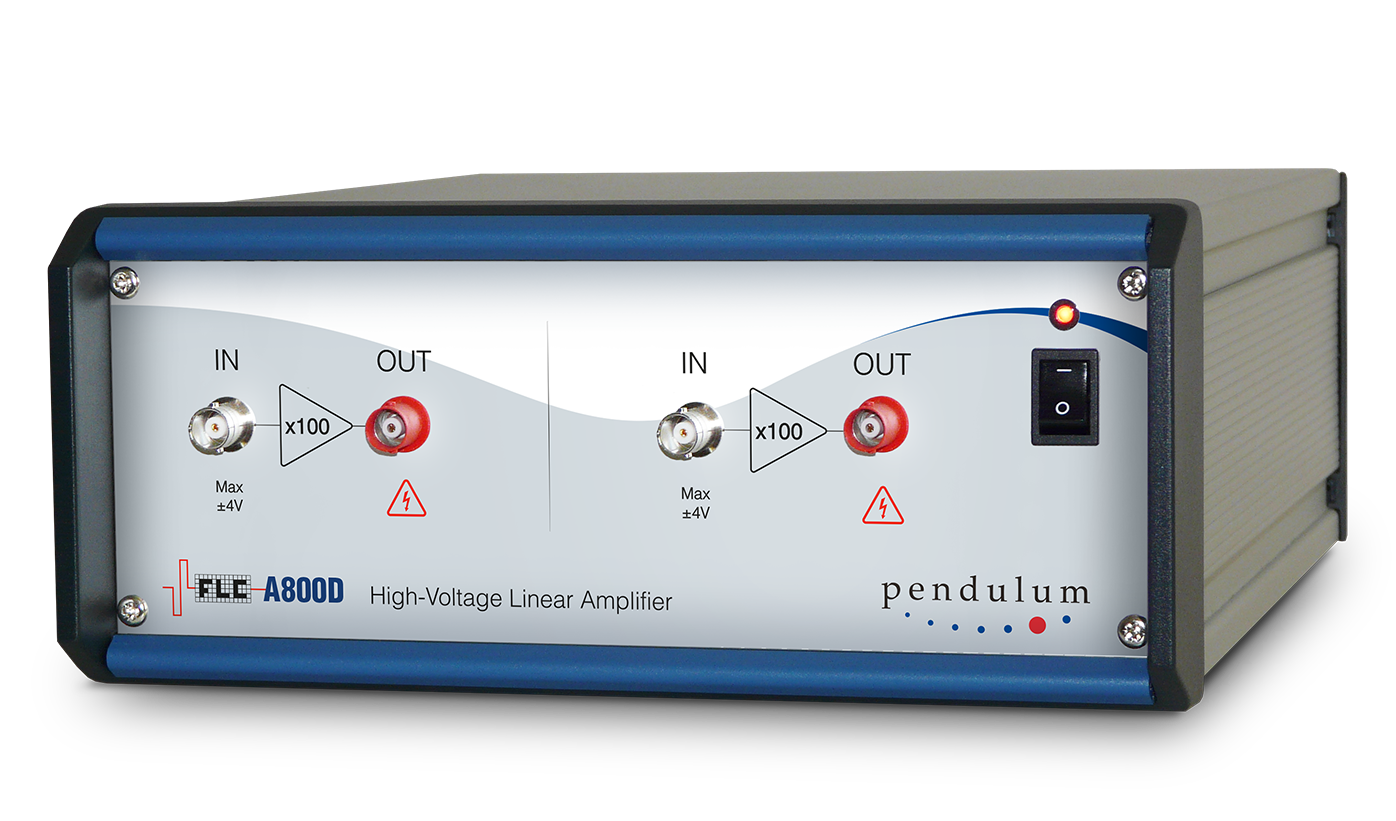 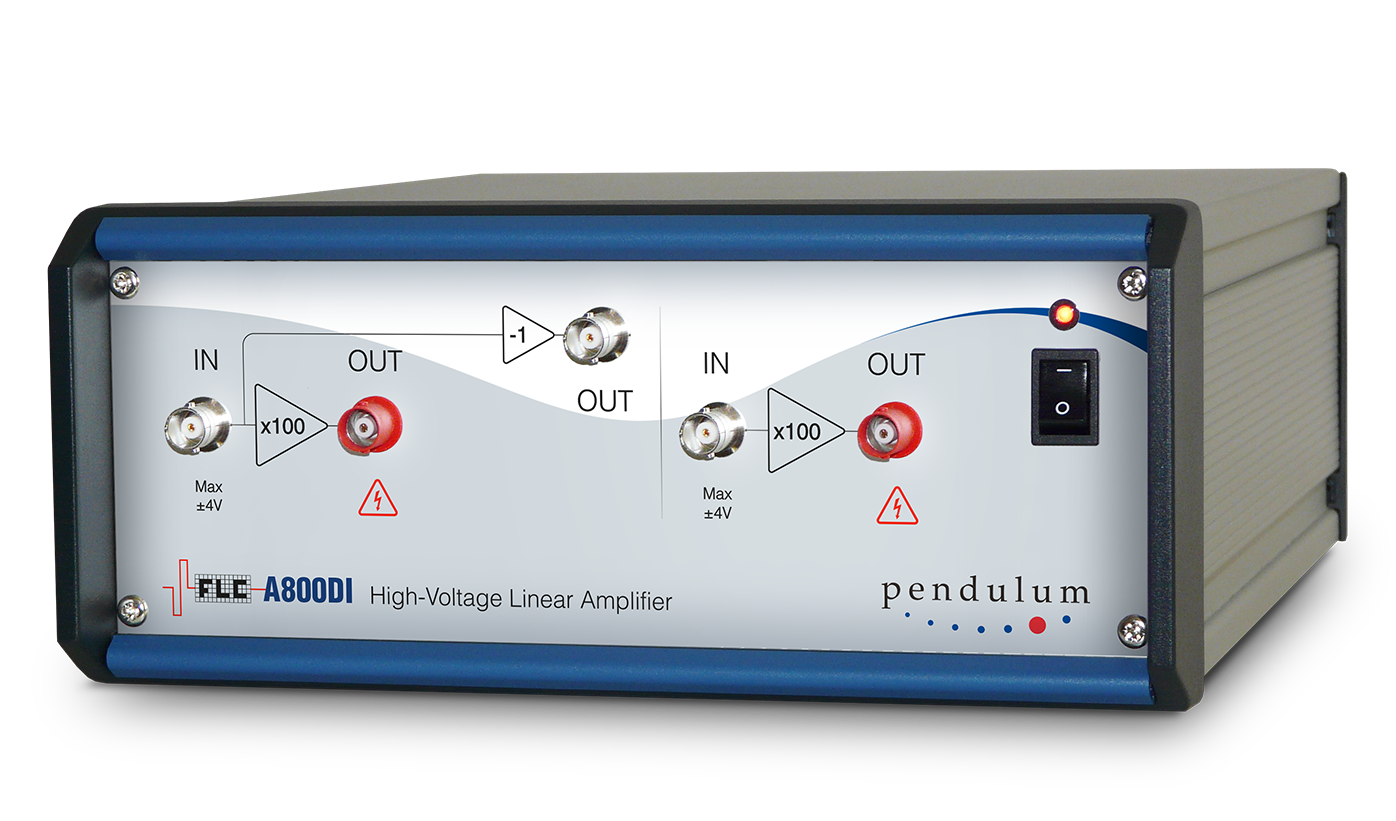 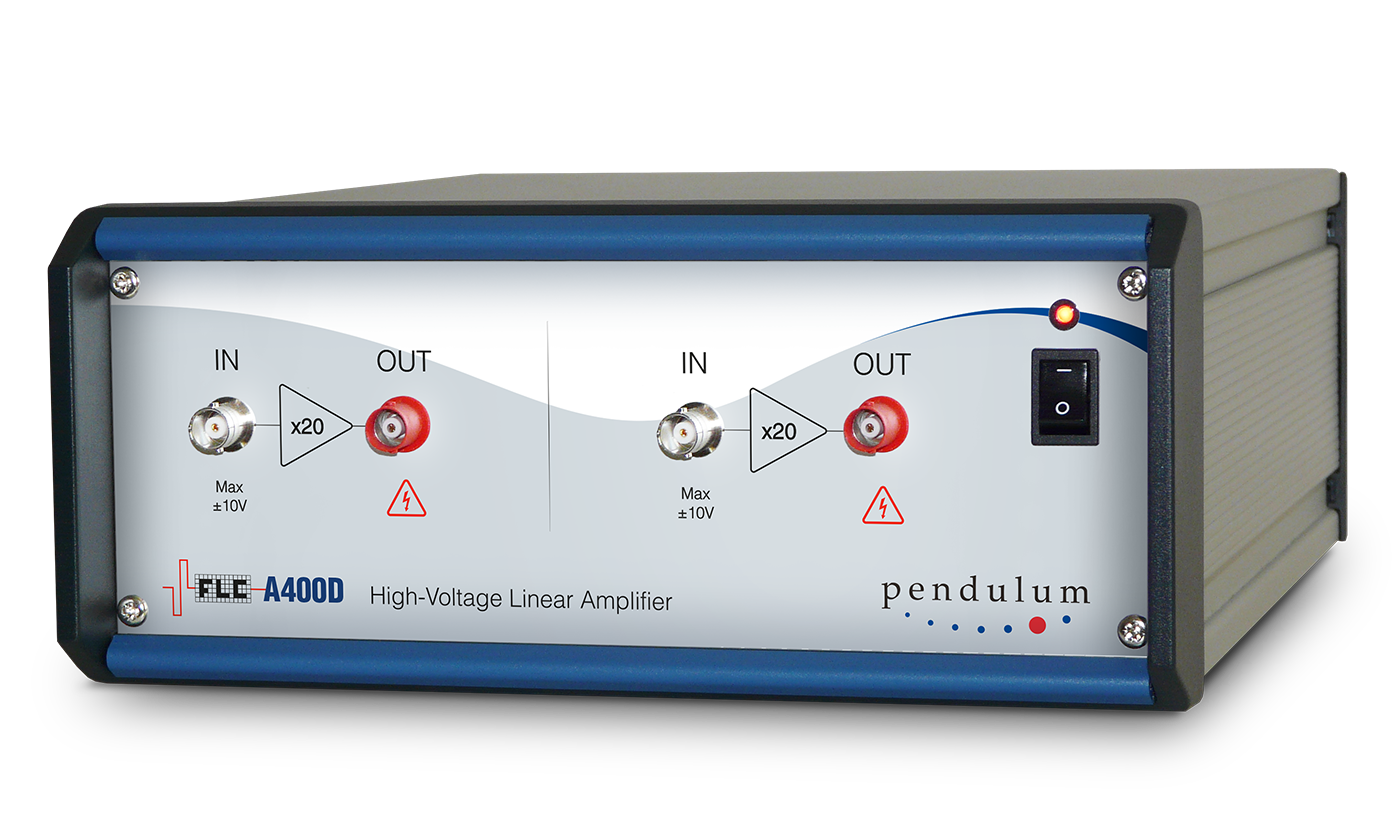 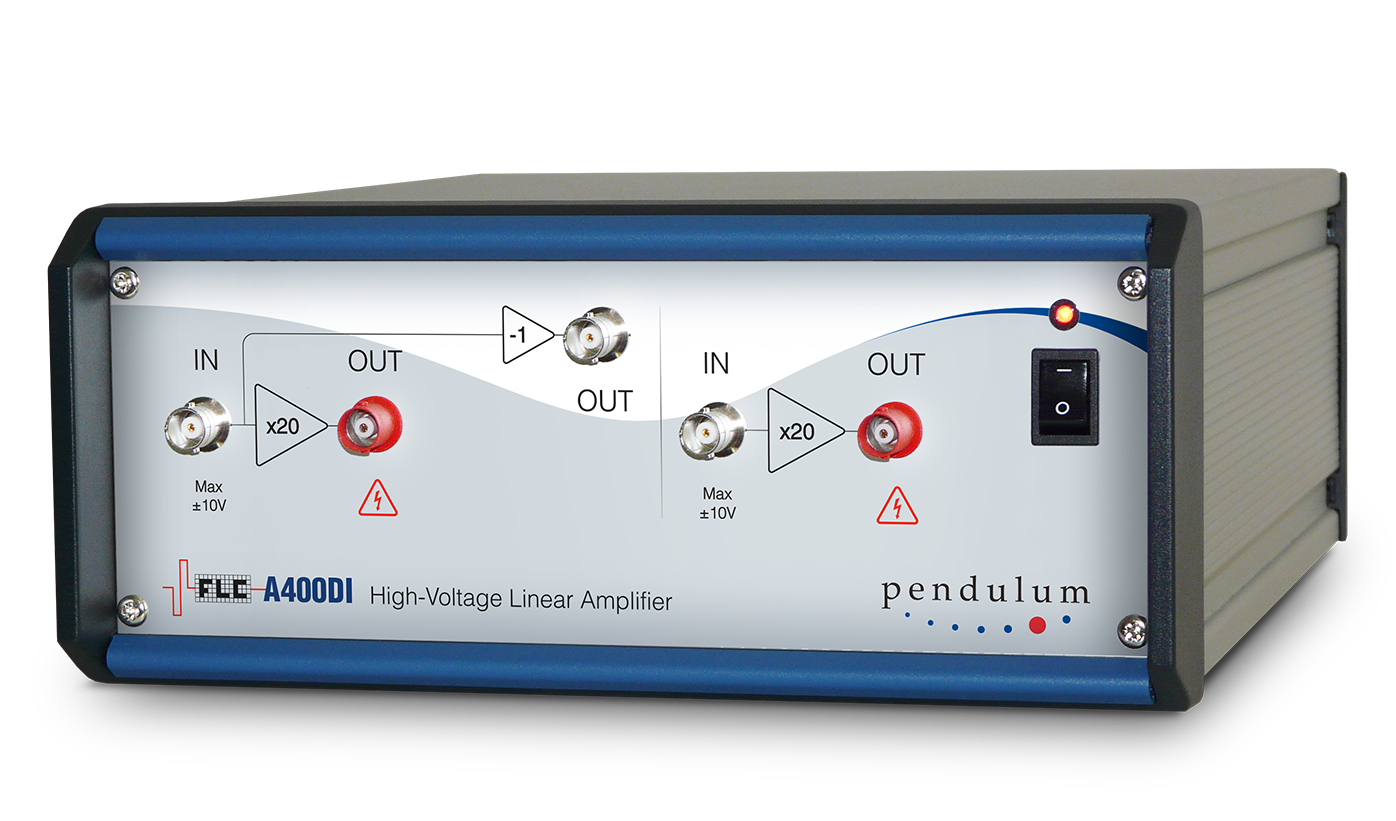 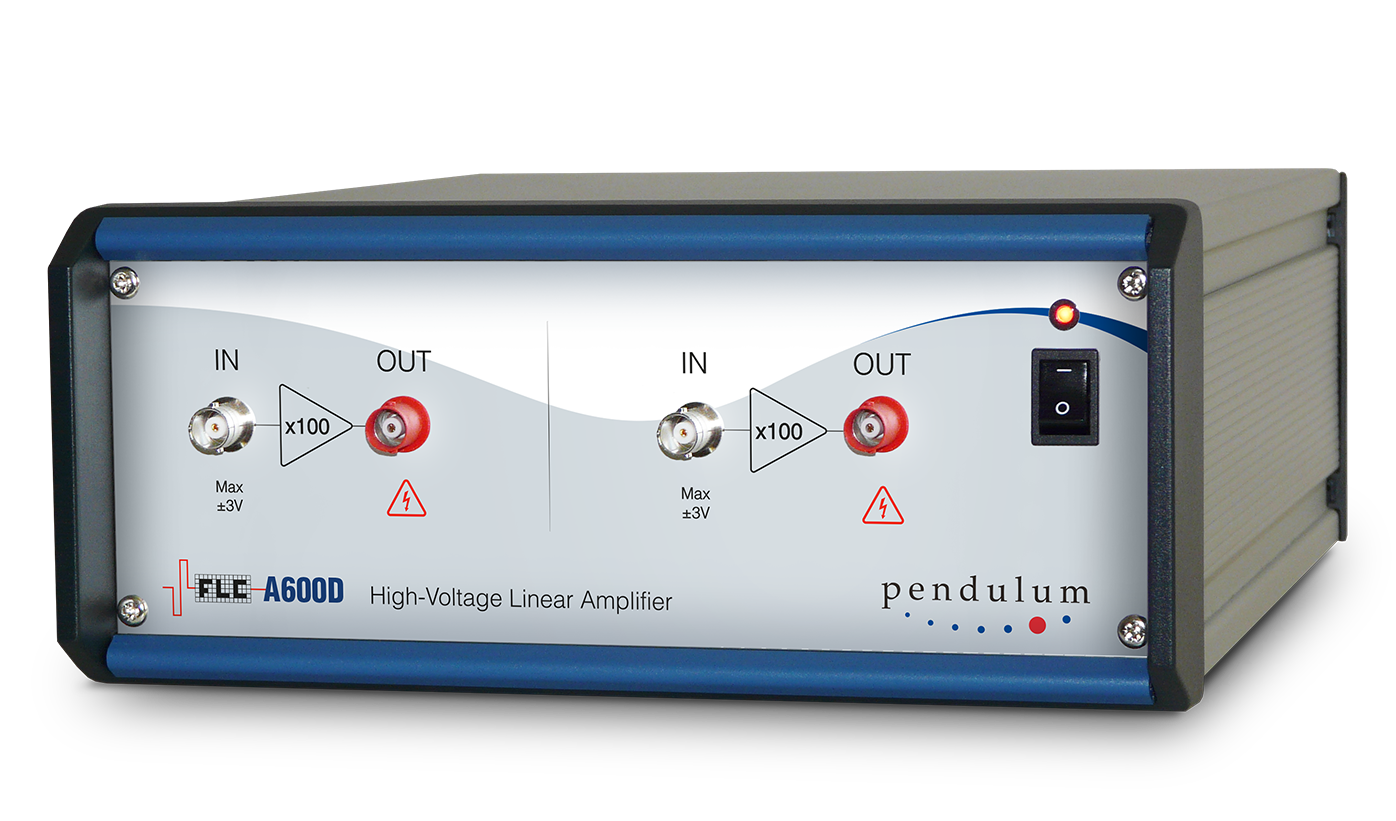 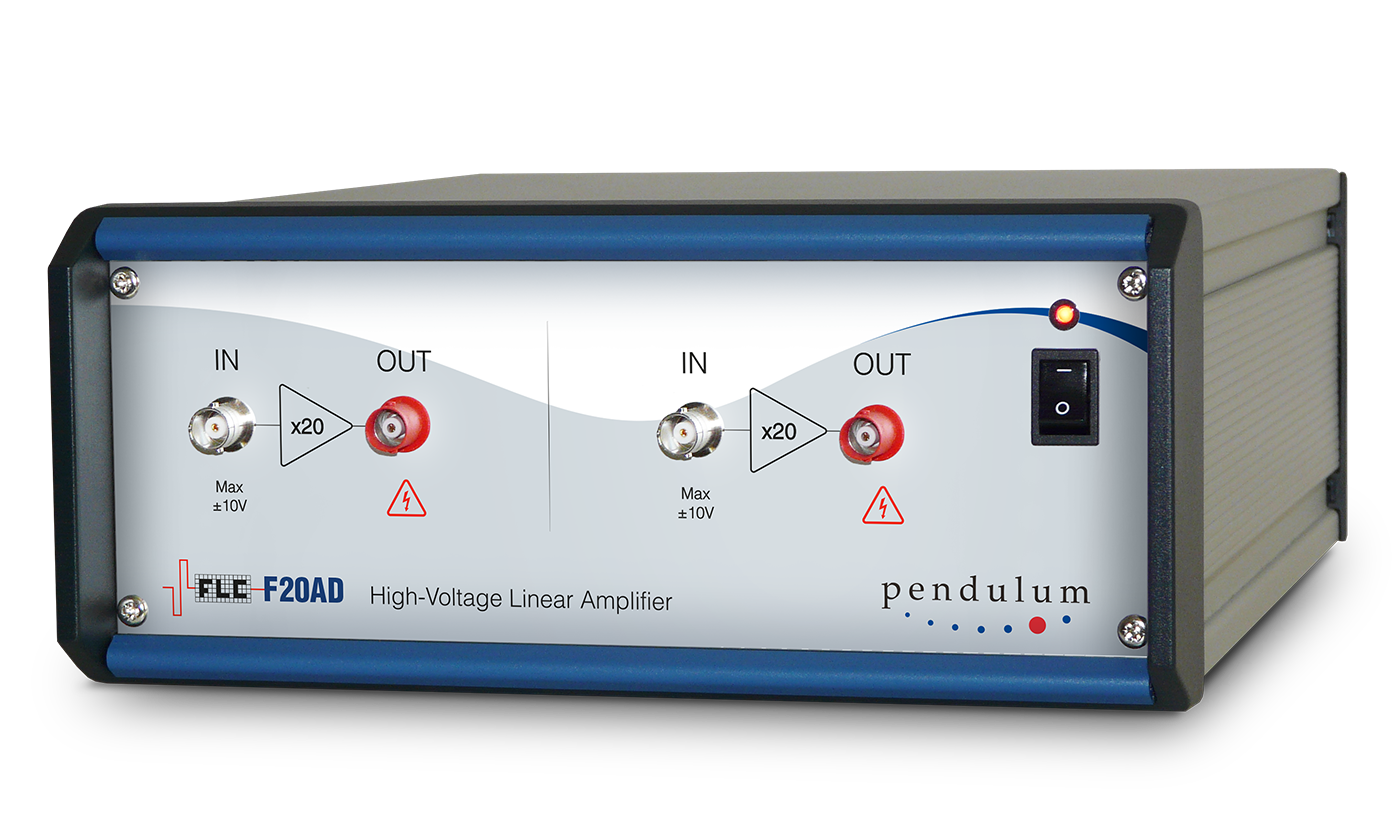 See our application packages for specific test requirements, then tell us what else you need