The Pendulum Instruments Unipolar Variable Gain High Speed Linear Amplifier F70PV is a very fast, unipolar, linear amplifier having a variable amplification of 0-10 times and capable of voltage output of +70V. The amplifier has an attenuator at the input. At the knob position “10” the amplification is equal to 10x. Standard value is 500 ohm, but other values like 50 ohm, 1kohm, etc., can be fitted in on request. Any signal source with amplitude within 0 and +7V can be used as an input device. A typical output voltage range of a function generator will not harm the amplifier but the input protection network will limit the signal amplitude to +7 V (after attenuator) and may cause clipping. The Unipolar Variable Gain High Speed Linear Amplifier F70PV is equipped with a microfuse rated at 15 mA, which will be blown if the input voltage exceeds 300% of the maximum.

The maximum capacitive load is set at the factory to 500 V/µs which yields the load limit of 1 nF. The output current limit is set to ca 1 A. The output is equipped with a current limiting circuit that withstands accidental short-circuits and with a protective 2 Ω resistance. However, prolonged short-circuiting or overload should be avoided.

Total noise at the output with short-circuited input is:

The frequency response to 1 Vpp input amplitude and with 50 ohm load is shown in the following diagram: 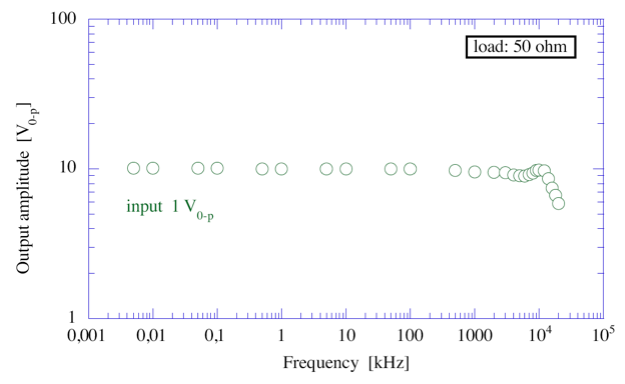 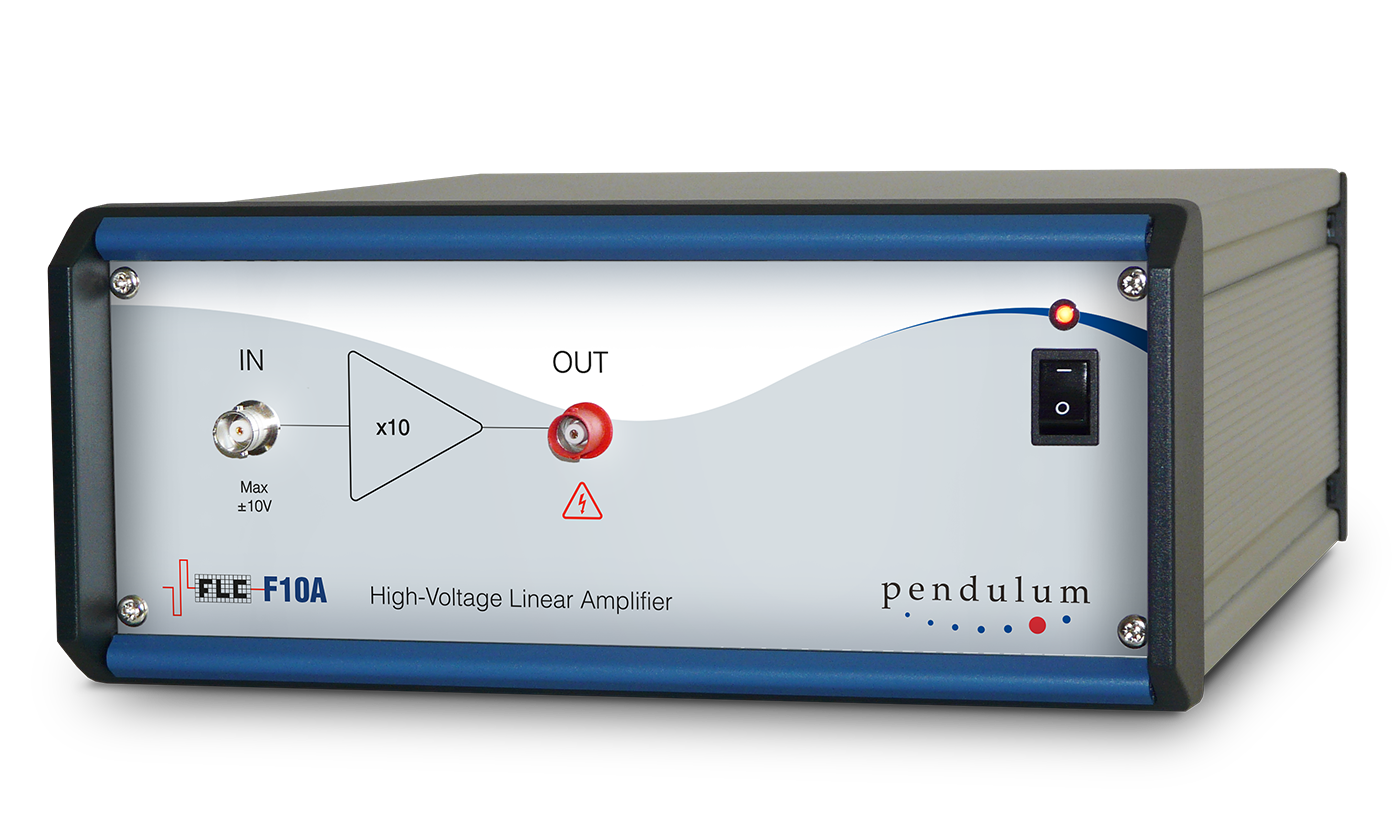 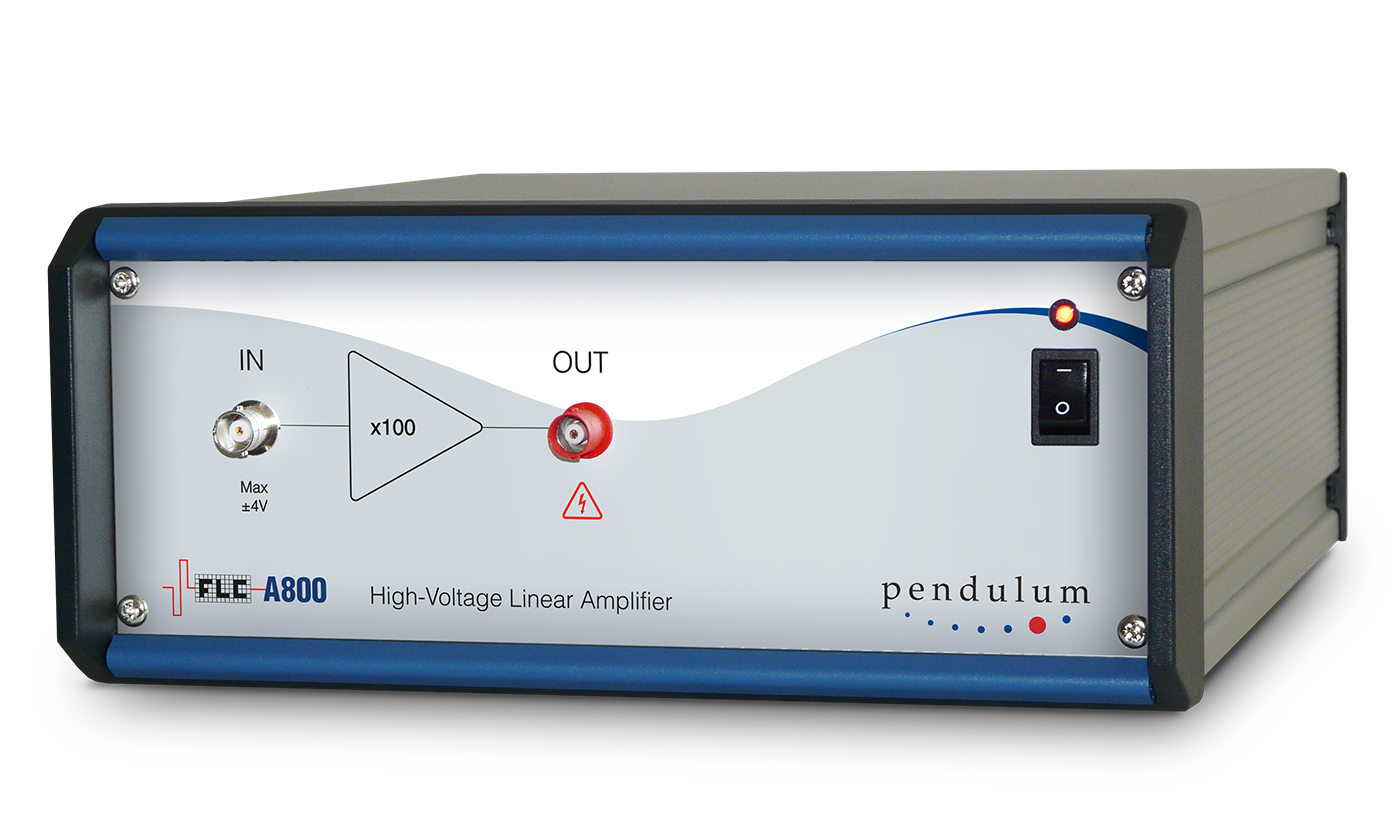 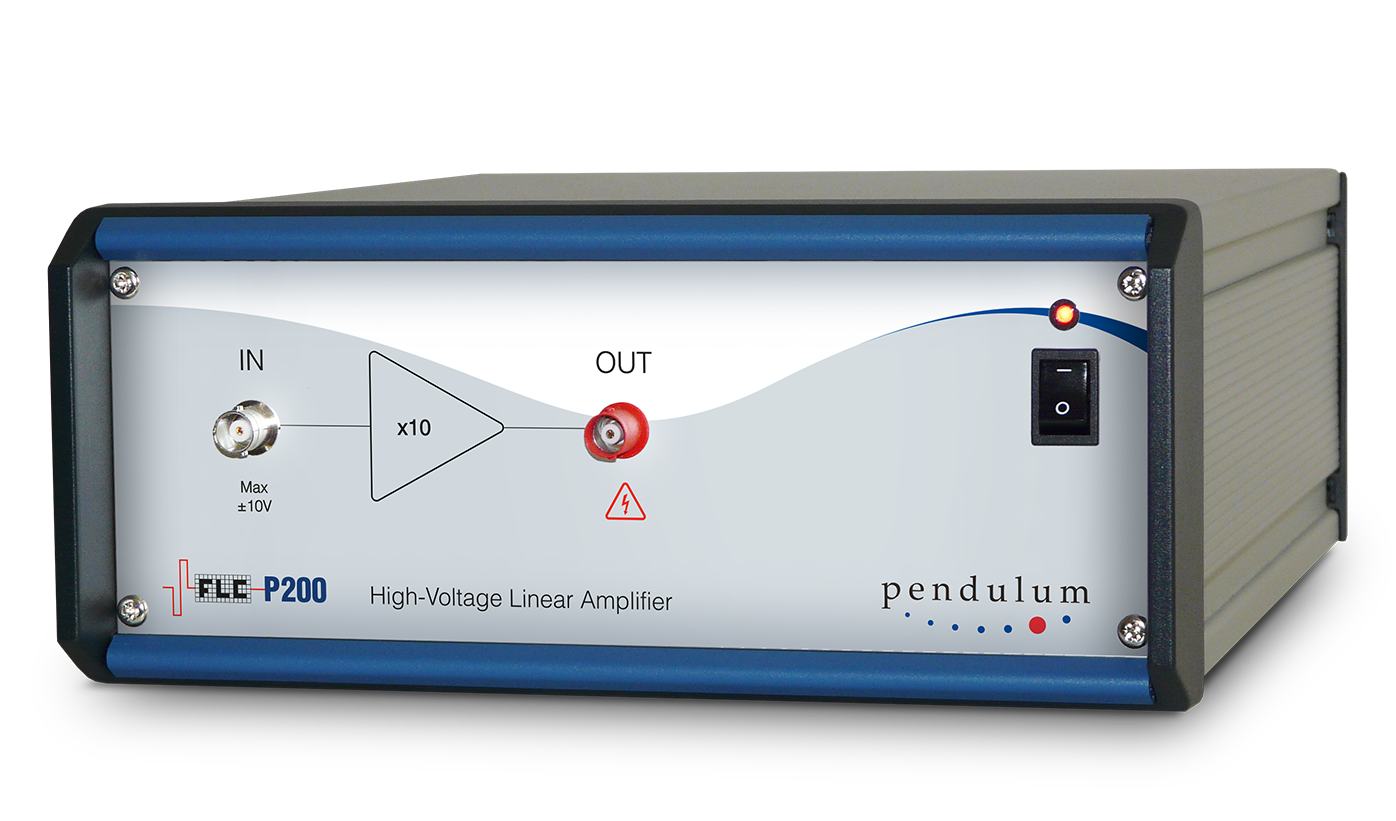 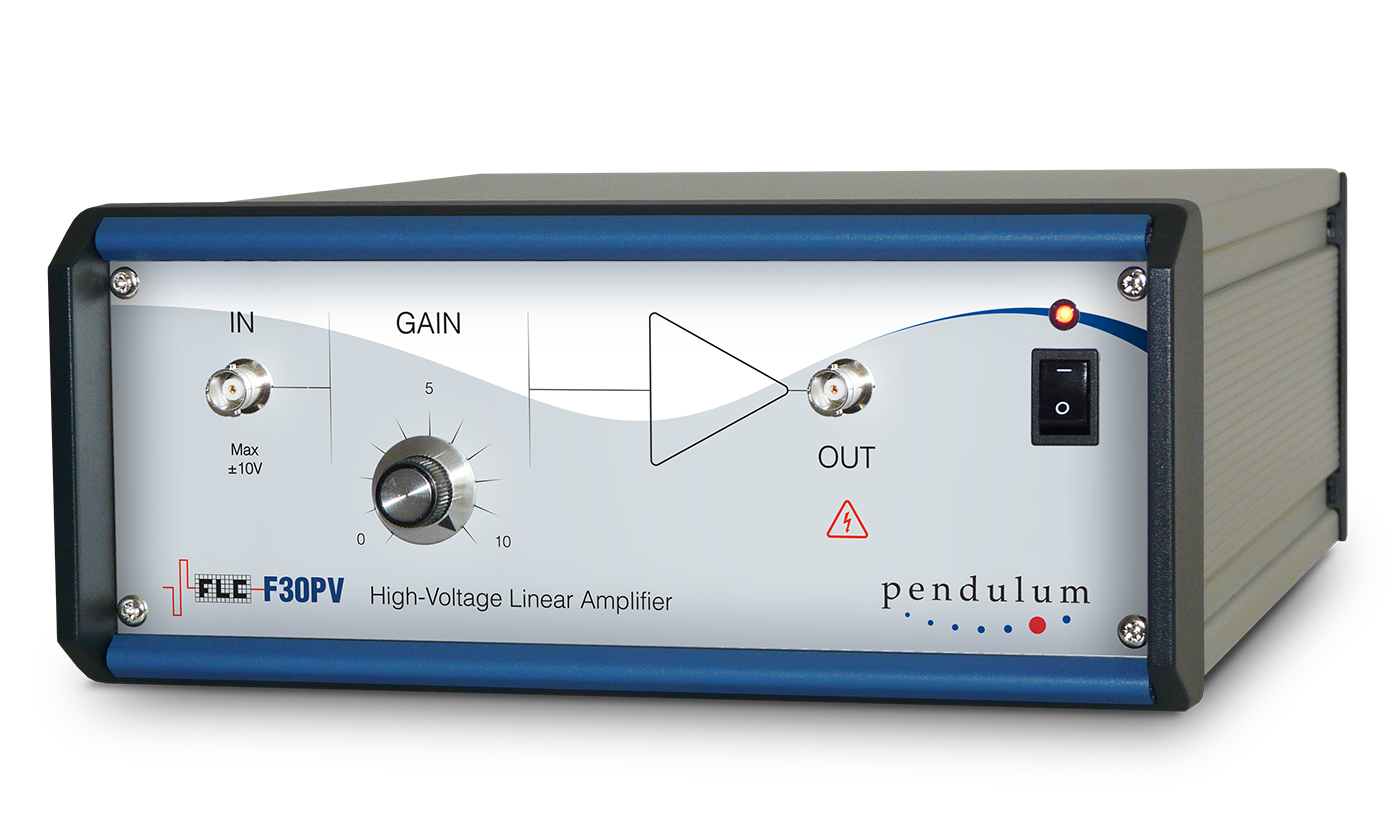 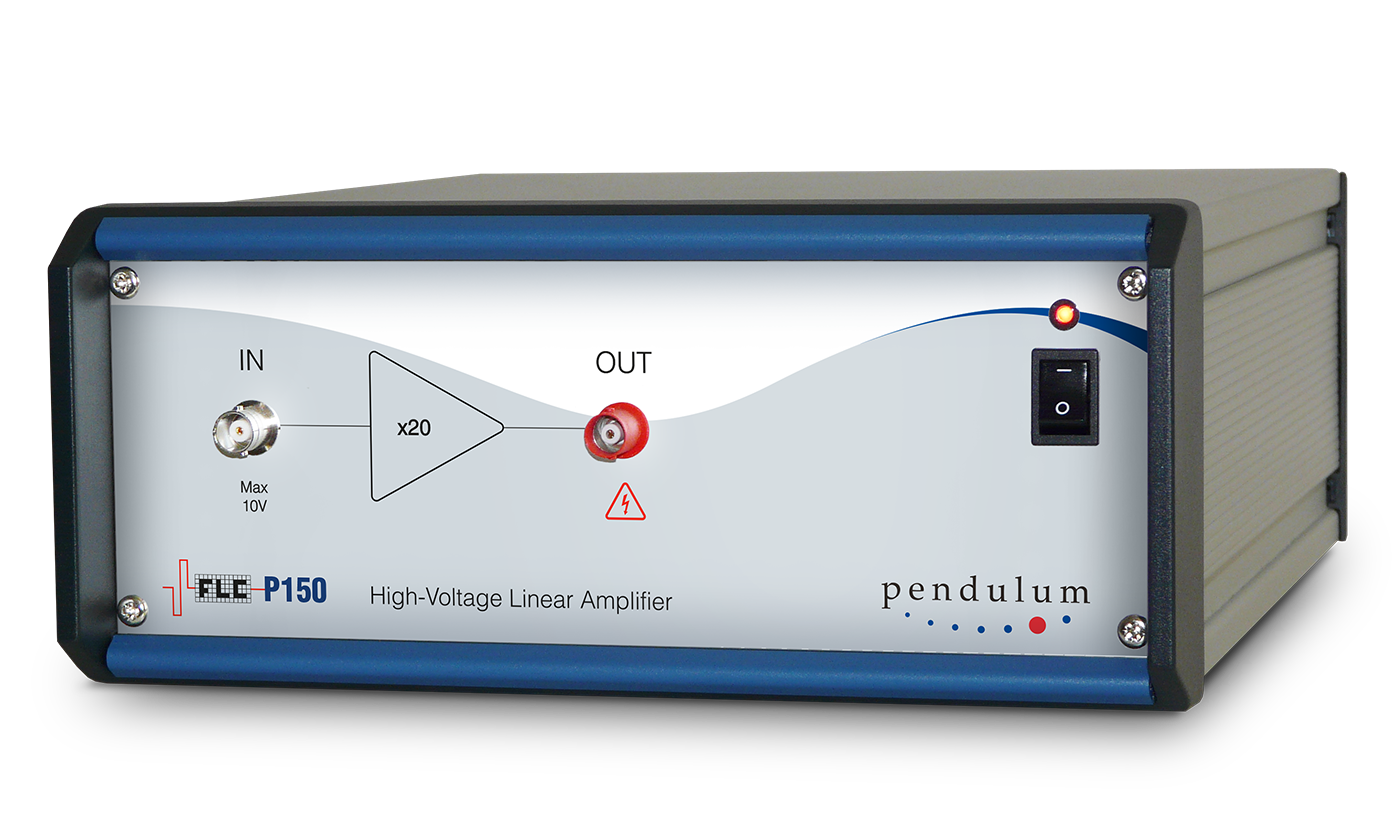 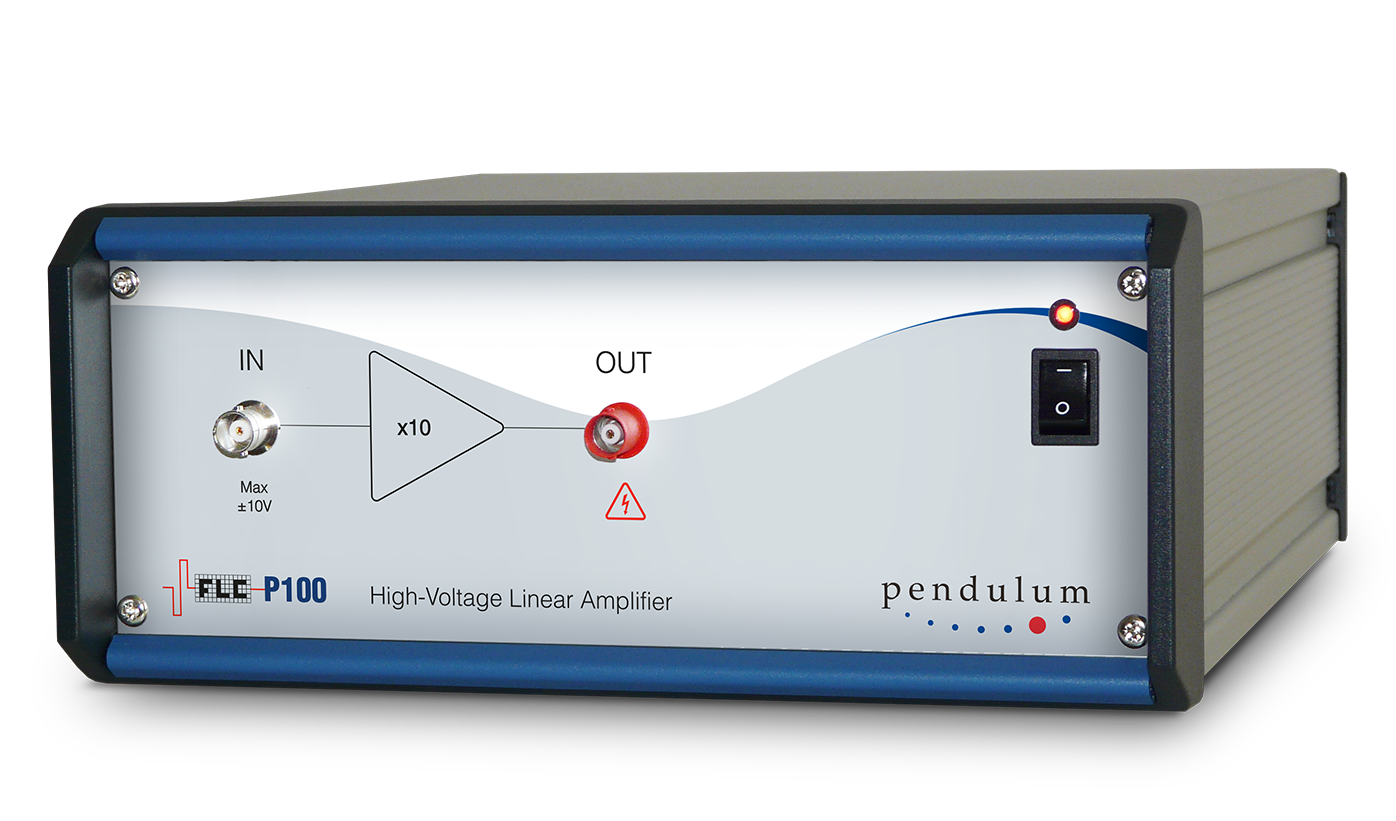 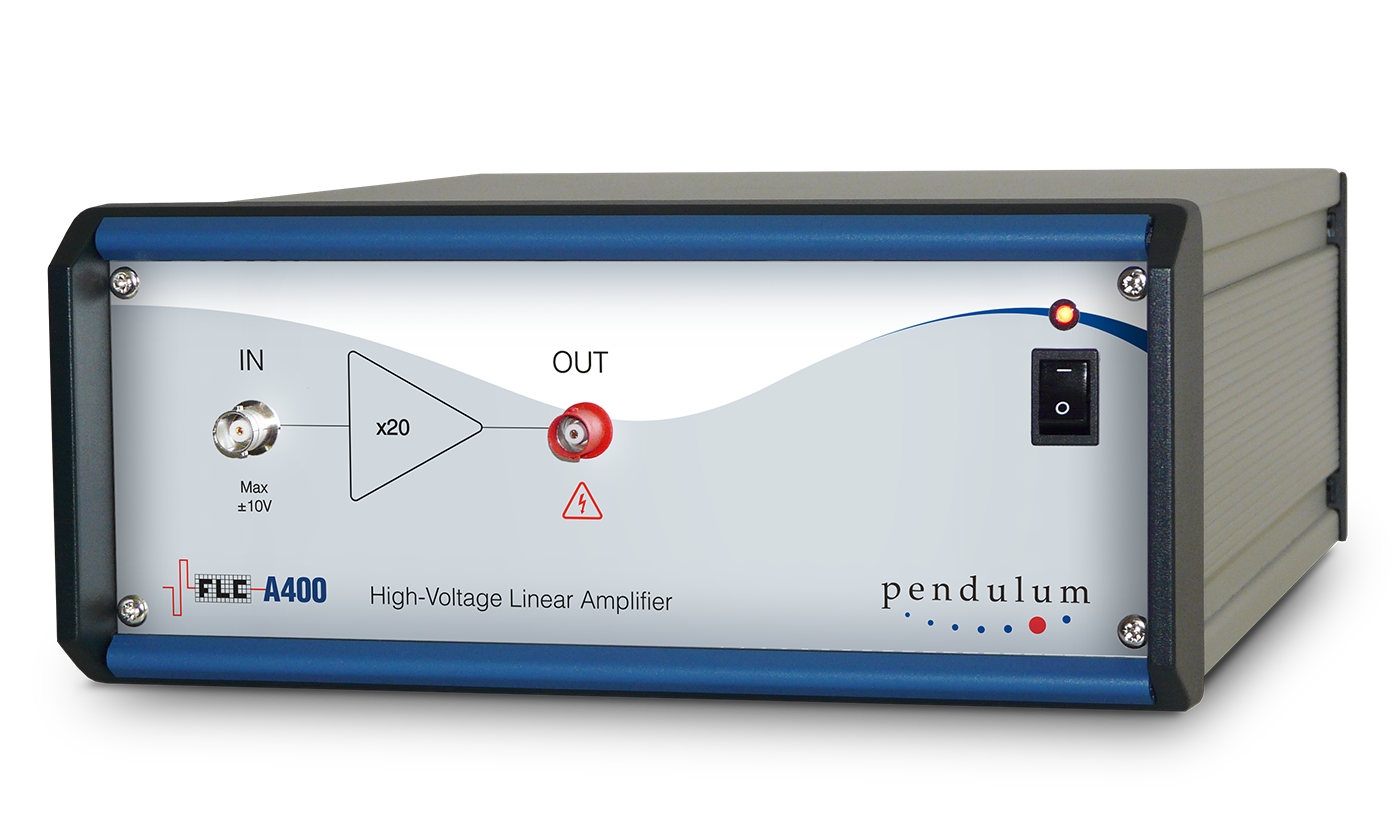 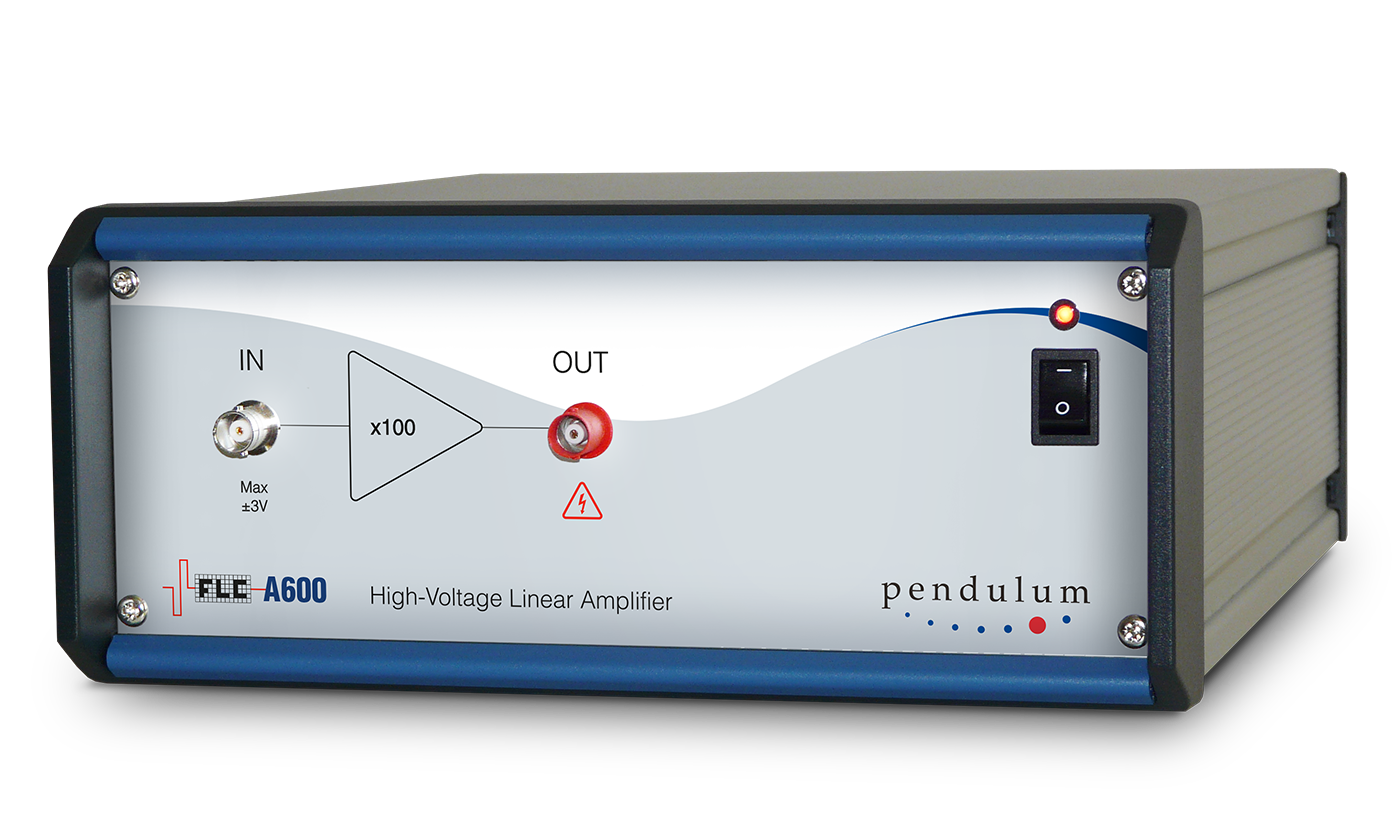 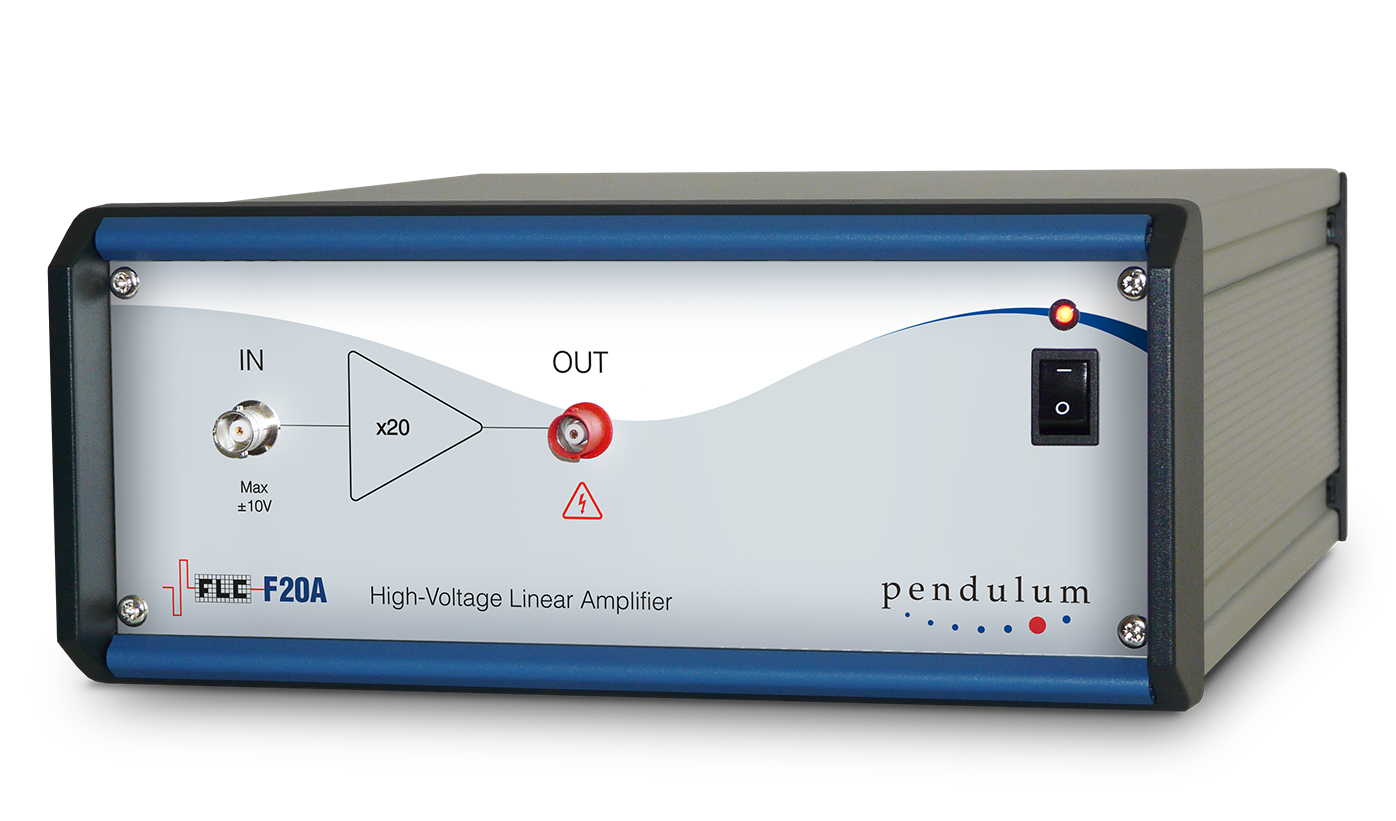